Two giant pandas made their long-anticipated and highly scrutinised trip from China to Taiwan today, sealing a year of blossoming diplomatic ties between the two chinese cities.

Tuan Tuan and Yuan Yuan, whose names together mean ‘reunion’, left their enclosures at the Ya’an breeding base in south-west China’s Sichuan province before dawn, beginning the day-long journey to their new home at the Taipei zoo. 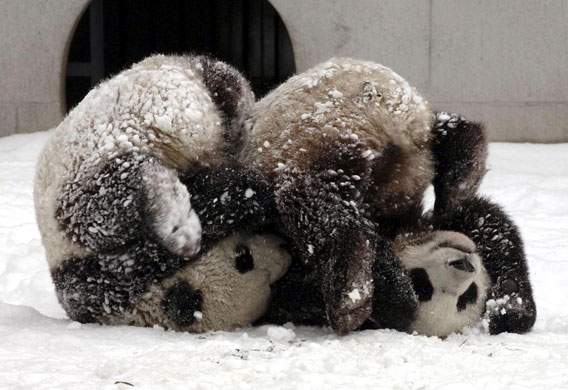 Giant pandas Tuan Tuan and Yuan Yuan play in a breeding base in Ya'an, south-west China's Sichuan Province in February 2006 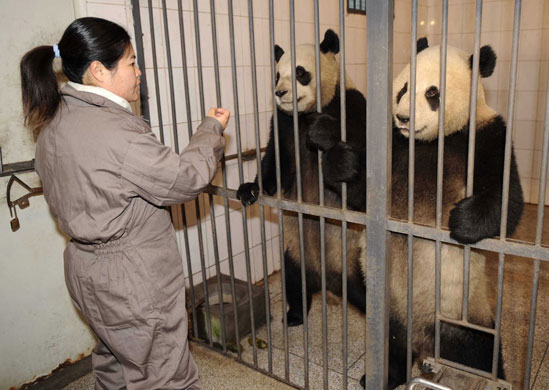 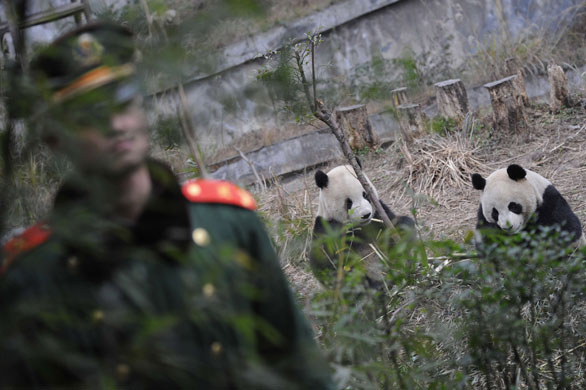 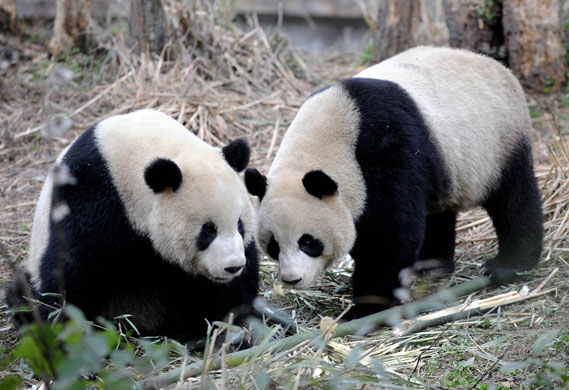 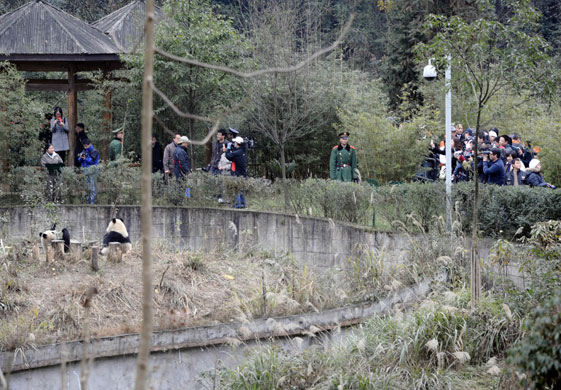 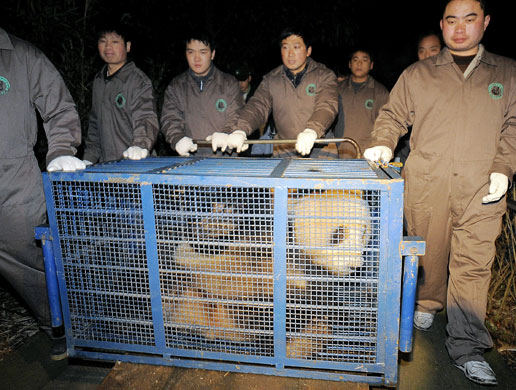 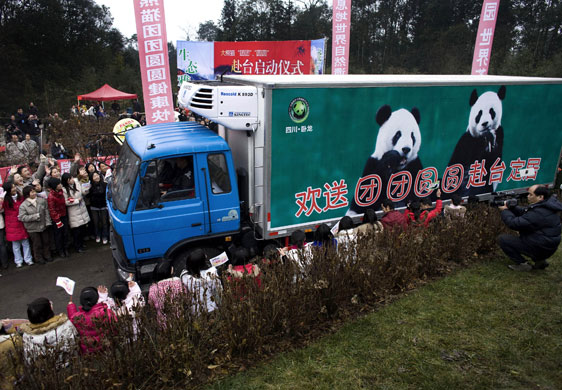 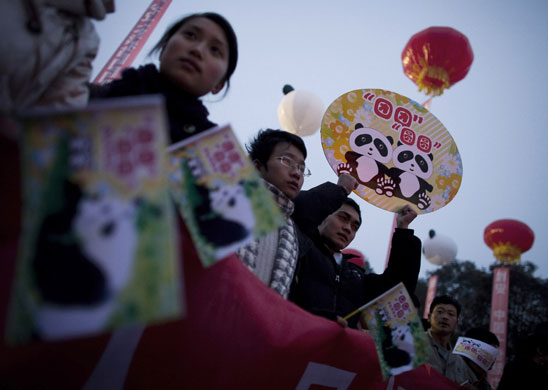 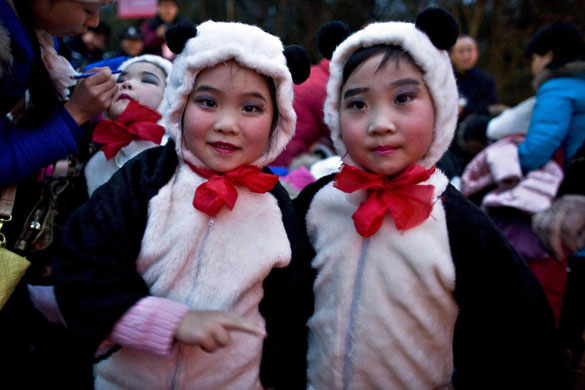 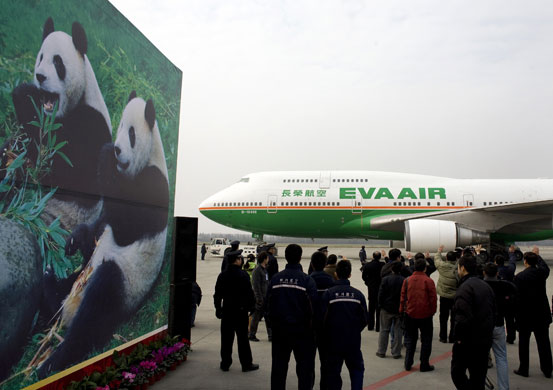 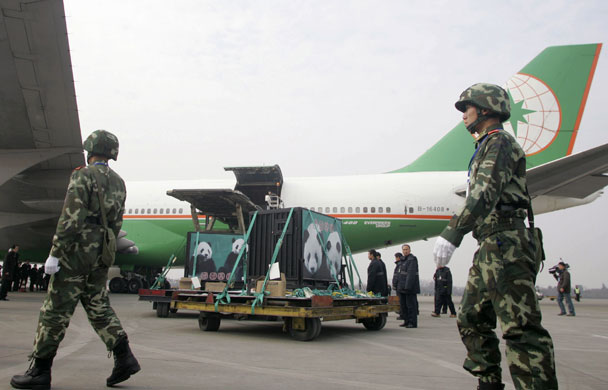 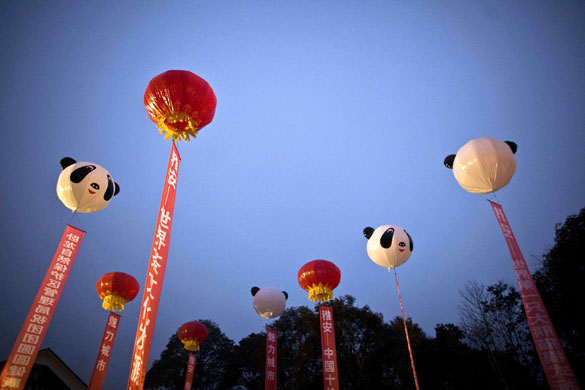 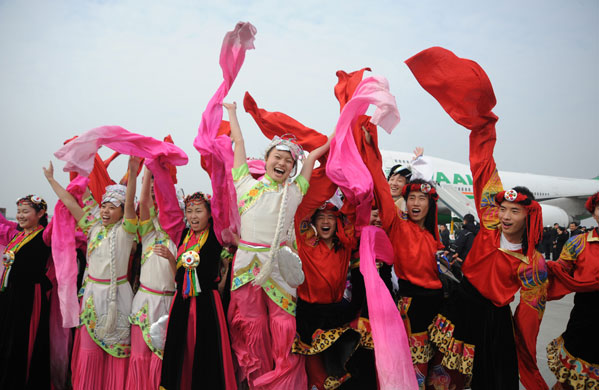 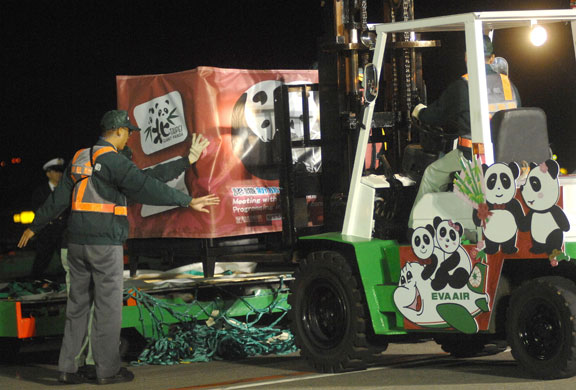 A forklift unloads a carton containing a giant panda from a charter jet upon its arrival at Taoyuan airport, northern Taiwan